Hansel and Gretel is a well-known German fairy tale recorded by the Brothers Grimm and published in 1812.

Hansel and Gretel are a young brother and sister kidnapped by a witch living in a forest in a house constructed of cake, confectionery, candy, and many more treats. The two children escape with their lives by outwitting her…. or so we believe.

Exactly what are Hansel and Gretel up to?

Find out in 2019 pantomime opening in two weeks!

The (almost) True Story of Hansel an Gretel by Steph DeFerie
Tickets at trybooking: https://www.trybooking.com/BGIFV

It should be a piece of cake for a fairy godmother to tell the story of Snow White but her wand is bent and things aren’t going quite as they should. Then, to make things worse, she’s interrupted by a couple of English policemen who are hot on the trail of two very devious and dangerous criminals — children who are causing no end of trouble in the forest. Their names? Hansel and Gretel! 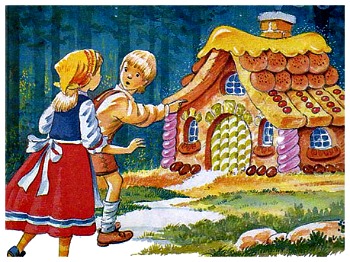 Laurie Lee’s autobiographical novel, adapted for the stage by James Roose-Evans, is an account of the author’s blissful childhood in an isolated Cotswold village.
It evokes the simplicity and innocence of a vanished, rural world. Rich in the book’s evocative descriptions of country life, the play’s narration re-creates incidents of a young boy’s life that are sometimes comic, sometimes nostalgic, but all percipient of a world that would shortly be changed forever by the First World War.

For audition information about the play contact powderkegplayers@gmail.com or by Facebook.
To book an audition time or request a different time if you’re not available contact the director Liz Lipski on llmelb@yahoo.com